Today is my last day in the United States.

I never thought I would say these words this early in my life. The US was my home far away from home for the last four and a half years. I have made a lot of close friends here, and I cherish every moment with them.

I met some of the smartest, passionate, loving & caring people in this country. The US taught me about friendship, life, work, and passion in a whole new level. There were many life-changing events in the last few years, which helped me grow as an individual.

I grew from a student to a follower to a leader, challenging myself on everything thrown at me. I tried my best to contribute to the society, by empowering communities, starting movements, and building projects.

I was privileged to work at a company which empowered emerging markets to go cashless, to serve an organization whose mission was to ensure that the Internet remains open and to lead a community that improved digital literacy in Nepal.

Today, I am leaving all that behind and moving back to Nepal.

This might surprise a lot of people, and some might even call me foolish. But I want to share my point of view, why I took the leap of faith and why it all makes sense.

When I joined Clip, I couldn’t see myself having a greater impact anywhere else as an individual. The problems we tackled everyday were challenging. It was our responsibility to make our merchants’ lives better and most importantly, empower them.

And boy, we delivered!

Clip is one of the top startups in Latin America and it is driving the financial innovation in Mexico. “Clip” is a household name in some parts of the country. 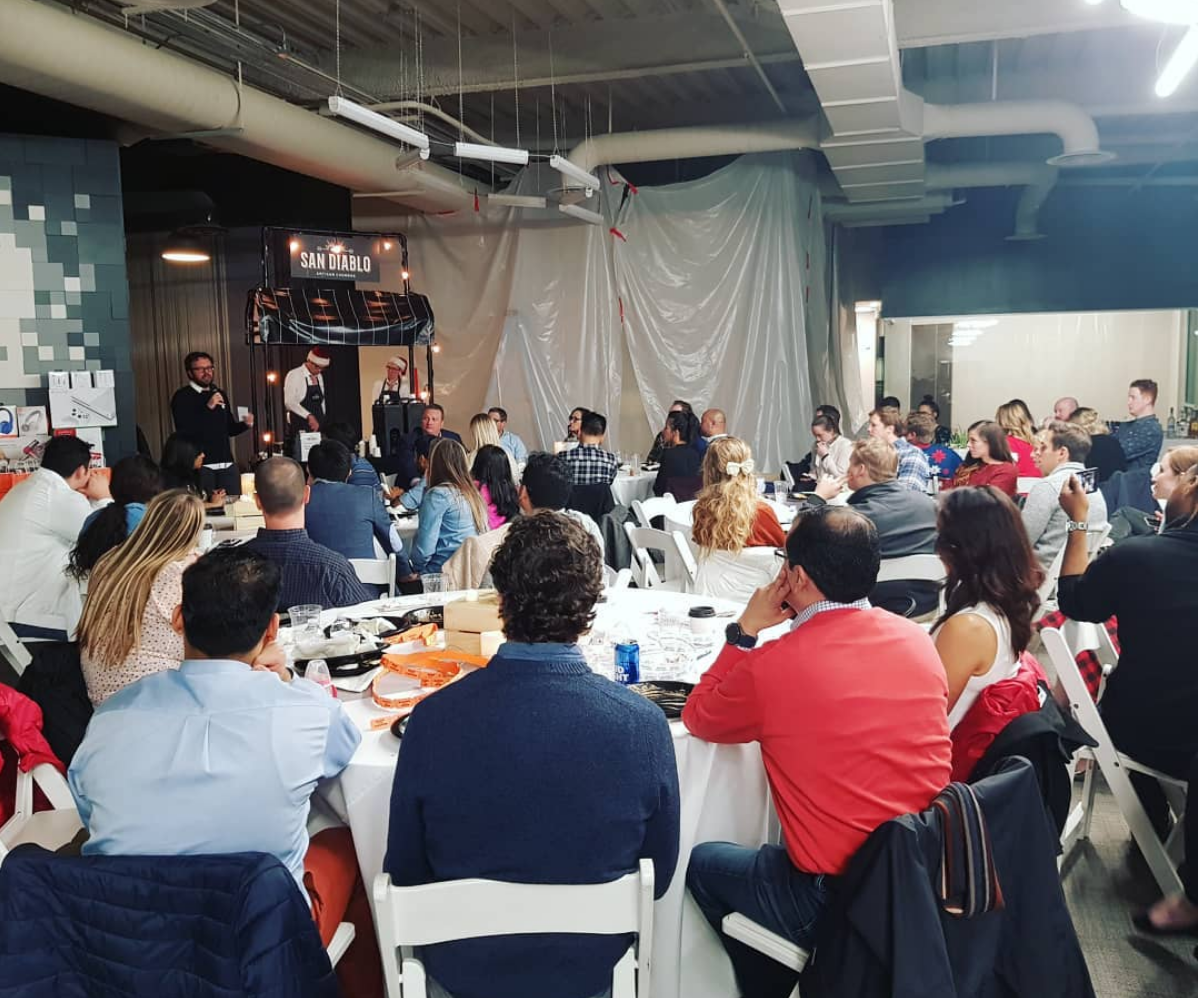 My last Christmas celebration at Clip

The company was a handful when I joined, and today we are 200+ in three different cities.

As the company grew, a part of me felt that I was not making as much a difference as I did or wanted to. I started becoming comfortable with my day-to-day work. And a little too cozy for my liking.

But, it helped me focus on other areas that I’m passionate, especially giving back to the community.

As a big proponent of the open web, I enjoyed collaborating and contributing to make the web a better place for everyone. 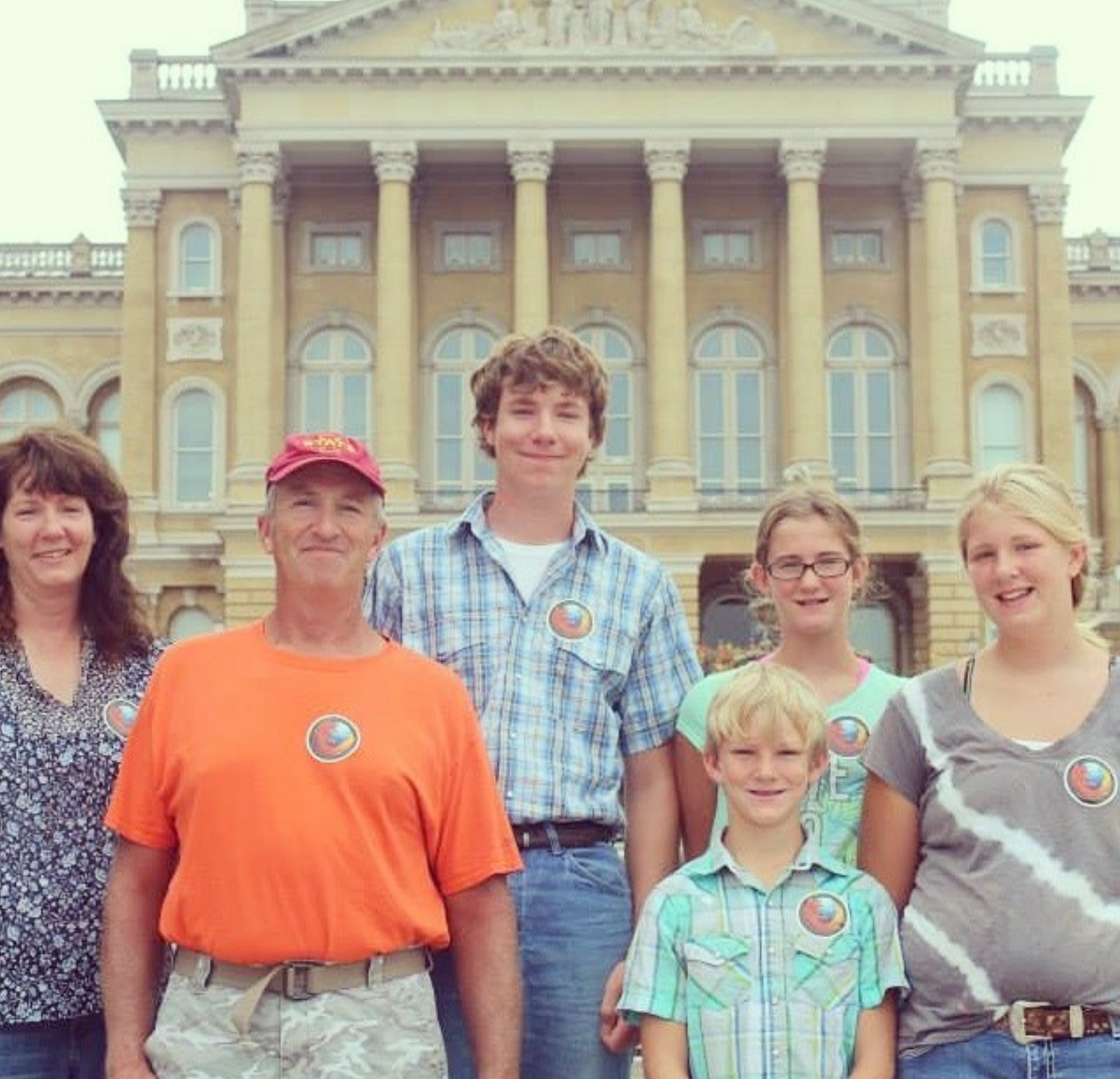 In a turn of events, I ended up driving over 11,000 miles across 40 US States in 25 days to raise awareness about Mozilla and its mission. It was a once-in-a-life experience and I felt very exhausted after the mozdrive campaign. 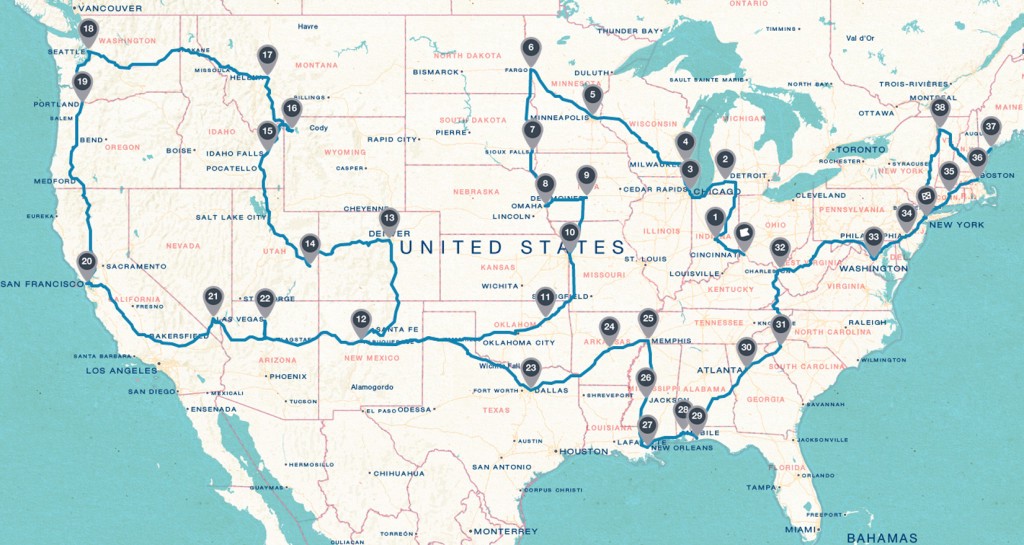 I hung my boots after the drive, and started looking for a different role in a different organization.

Code for Nepal was the perfect match.

After randomly calling Ravi (co-founder), I ended up volunteering as a Technical Officer for Code for Nepal. We ended up talking for hours and discussed how we could take C4N to the next level. It was the first time I was handed a leadership role in a big organization.

Code for Nepal was exciting. We worked on several projects that included creating a visual representation of census data, raising funds, volunteering during the earthquake and many more.

After a couple of successful years at C4N, it was time to scale up our efforts by creating local chapters. The idea was to get a group of passionate people who believed in C4N’s mission and do something valuable together.

Back to Silicon Valley

Silicon Valley was the perfect place to create the first chapter. It was easy to find smart people who wanted to contribute back to the community in any capacity they wanted. 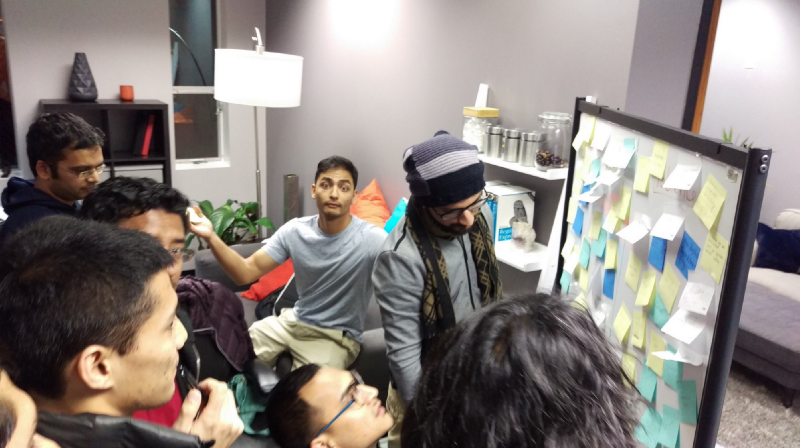 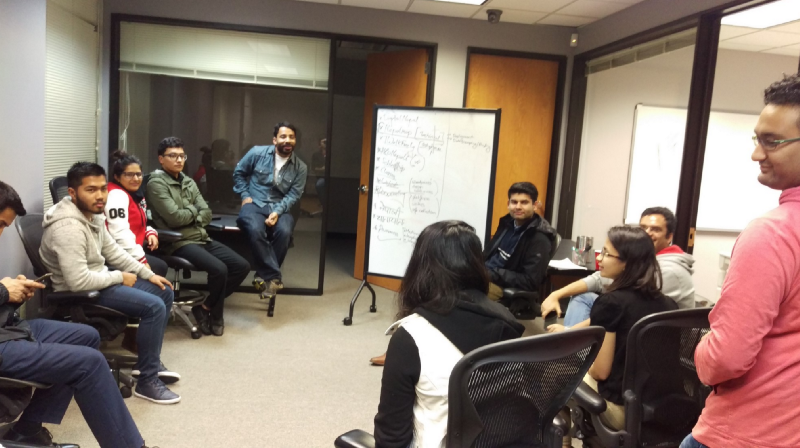 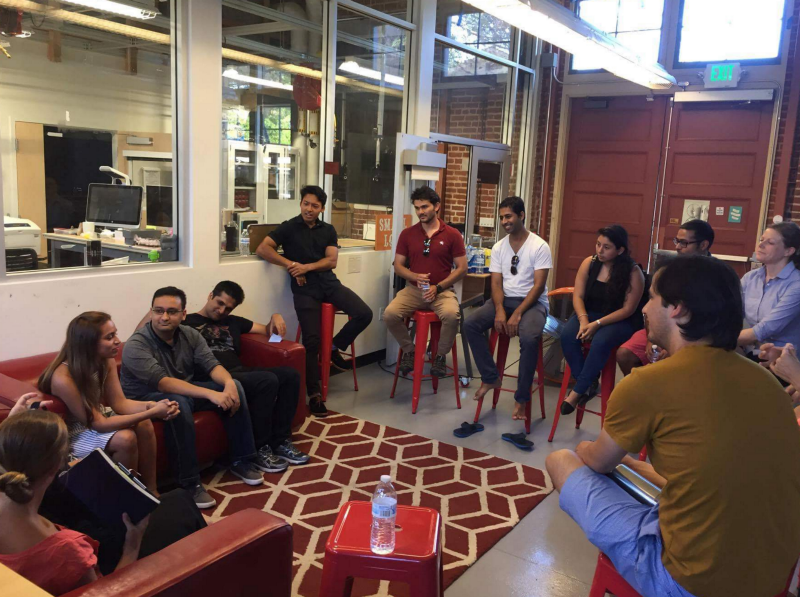 In a year, we had an active group of engineers, designers, data analysts, journalists, biologists, social workers who were willing to serve the Nepali community.

But, a part of me felt that I could be more useful if I were closer to home than being 12,755 kilometers away.

Bring in the blockchain

I have been following the blockchain space as a spectator for a long time. As I learned more, it started becoming obvious that blockchains are here to stay, and has great potentials that we cannot imagine today.

The blockchain space is still in a nascent stage and to understand it requires time and energy. From the past, I have learned that it is never a good idea to jump on the bandwagon. The first step is to understand how blockchain can be useful in our current society, and the world.

Andreas Antonopolous famously said that when you start understanding how revolutionary blockchain technology is, you cannot but stop thinking about it, and nothing else.

I caught the same bug.

And I wanted to run head-first into blockchain.

You don’t need to be in Silicon Valley

There is no doubt that Silicon Valley is the darling tech city of the world. The pace of technology innovation is unmatchable elsewhere, or at least that is what I thought.

As I spoke with more people, it was clear that the innovation in the blockchain space was faster in Asian countries like China, South Korea, Japan than the United States. There was no reason not to believe them as the world is getting more global and the Silicon Valley effect is spreading far and wide.

Don’t get me wrong; I love the bay area. I have my closest friends here, and I have a fairly good professional network. But, the idea to explore the Asian markets were just too tempting at this time.

The only way was to fulfill my burning desire was to pack my bags and find out how the world is outside the Silicon Valley bubble.

There is no doubt that the idea of leaving everything behind and starting fresh is scary and nerve-racking. But it is exciting and thrilling at the same time. I’ve always enjoyed challenges, and this is going to be at a different level.

I had my moments where I seriously started to question if it was a good decision. But I had made up my mind.

I would be close to my family, short flying distance to the major cities in Asia and a network of great supporting friends’ circle.

Everything started to make sense, and the timing was right!

It was time to be at the center of it all.

I’m not sure how the timeline is going to work out, but I’m personally looking forward to the hustle, the grind and figuring things out on the way.

One thing that life has taught me is to never be in a state of regret. I didn’t want to be at a stage later in life where I regretted the opportunity to be closer to home and be at the center of blockchain innovation.

The strange thing is that I’m not even sure if everything is going to work out in the end, or I’m going to enjoy what I find, or worst case like blockchain technology. But, what excites me is that this is a step in the right direction. This will help me become a better version of myself every day, putting me on my toes and helping figure out how I can positively impact the world.

Life is too short to sit in the backseat.

Life is all about taking risks and making the best out of your situation.

So, here is to all the risk-takers, midnight-candle-burners for taking that leap of faith, doing what you always wanted and working towards your goal.

I sign out from the US. See you soon, Nepal. 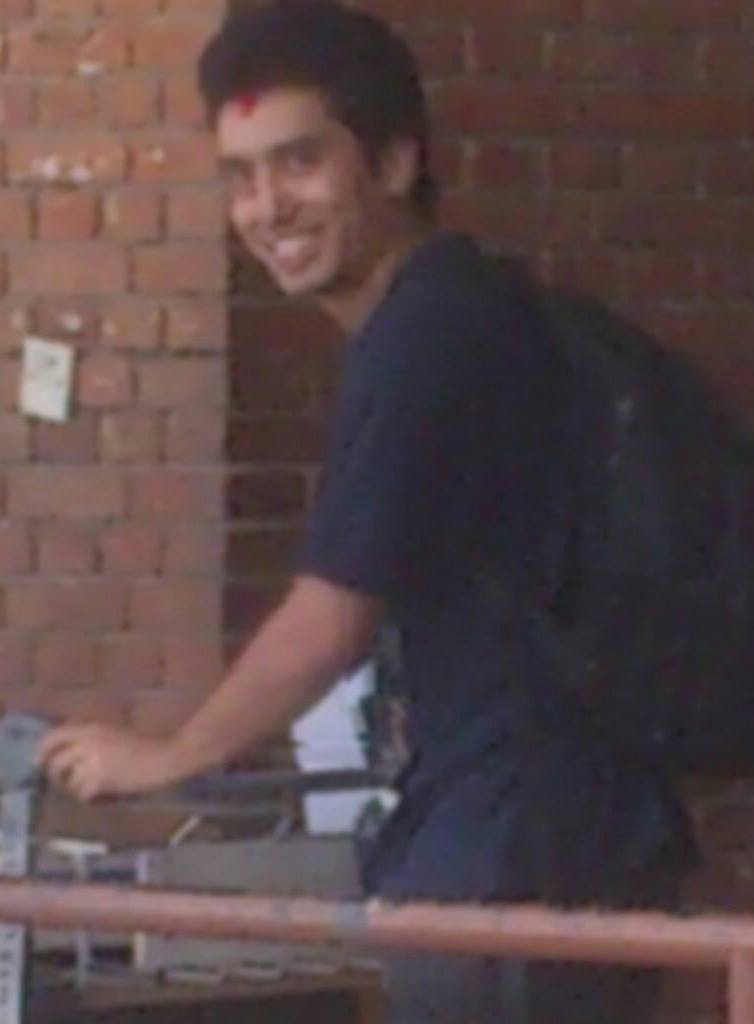 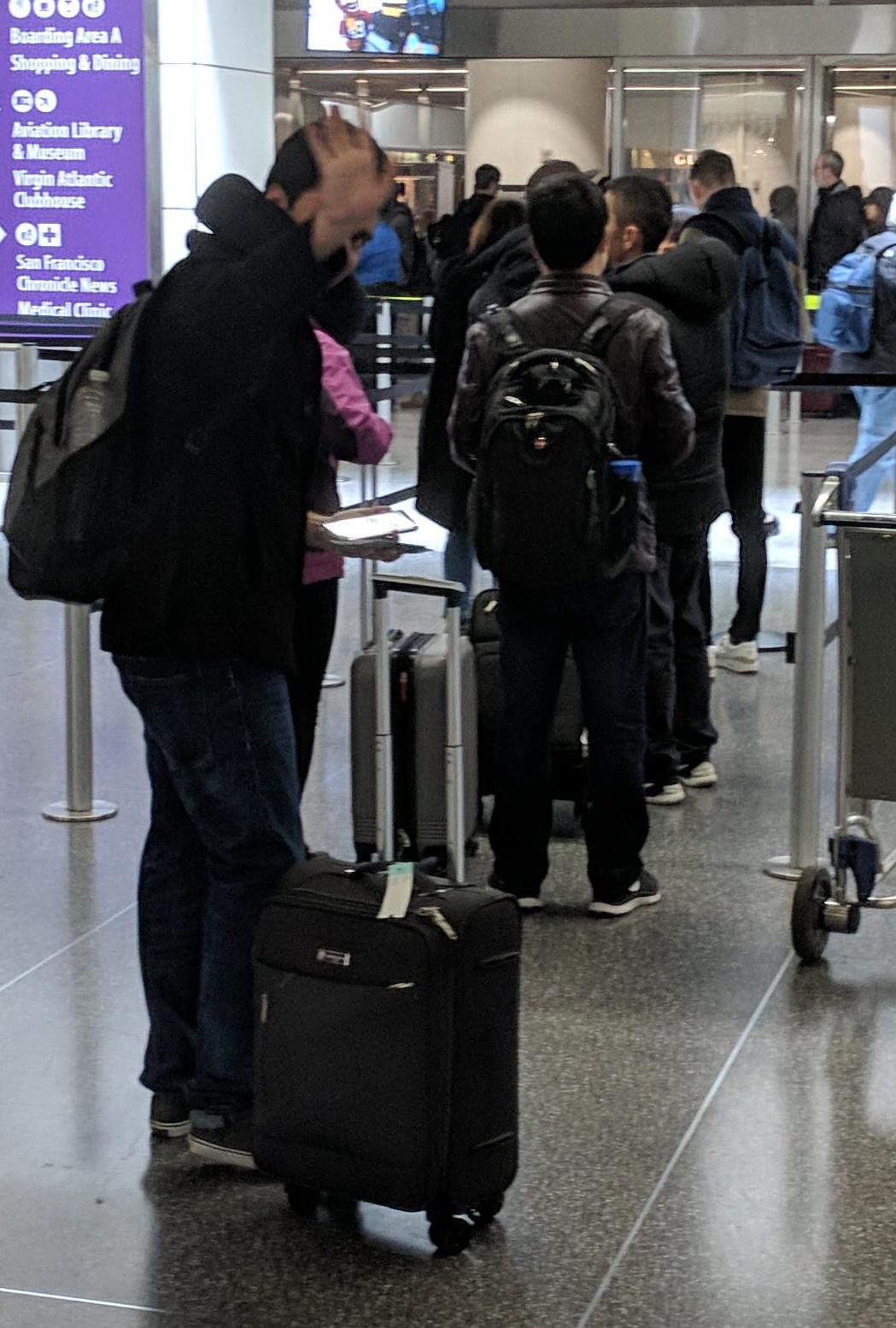